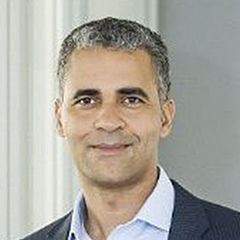 Karl Nägler joined Wellington Partners Life Sciences (WPLS) as Managing Partner in January 2020. He brings to Wellington a strong track record of investments in early and later stage life science companies as well as deep sector knowledge and an extensive global network from over 18 years of industry experience.

Previously, Karl was a Partner at Gimv, a publicly listed private equity and venture capital investment firm, where he had been responsible for life science investments within Gimv’s Health & Care team, since 2011. He began his professional career in 2002 at Atlas Venture in London and Munich, and later joined Ventech, a Paris-based venture capital firm focused on Europe and China.

Before joining the industry, Karl was a Scientific Fellow at CNRS for Neurochemistry in Strasbourg. He earned his Ph.D. in Molecular Neurobiology from Max-Delbrück-Center for Molecular Medicine, Berlin and a Diploma in Biology from Free University of Berlin.