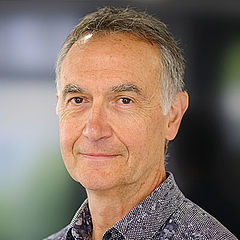 Head of the Immunity and Cancer lab, CRCM. Professor of Immunology and Director of the Oncology Research Programs at Aix Marseille University. Scientific Founder of ImCheck.

Dr. Olive, a medical doctor specialized in internal medicine, joined Dr. Claude Mawas’s CIML research team of at the beginning of the 1980s. At that time, Immunology was still a relatively new discipline. The CIML team of researchers and physicians contributed to the advent of the first "French school of Immunology". In this exceptional environment, the team focused on the cells and molecules responsible for adaptive immunity. Dr. Michel Fougereau and his laboratory were investigating the early stages of B lymphocytes whereas Dr. Bernard Malissen and Dr. Claude Mawas were addressing the molecular mechanics complexity of T lymphocytes, first in mice, then in humans.

To conduct this work, Dr. Olive benefited from a revolutionary technology, monoclonal antibodies, freshly imported from the United States by Dr. François Kourilsky. Starting in 1985, the research resulted in the generation of the first mouse antibody against one particular T lymphocyte adhesion molecule, LFA1. Produced by Immunotech, this antibody was first successfully used by Dr. Alain Fischer's team to prevent bone marrow transplant rejection affecting young patients with immune deficiency. Subsequently, it was used by Dr. Dominique Maranichi for patients suffering from leukemia.

Shortly after, Professor Jean-Paul Soulillou used this antibody in kidney-transplanted patients. Other antibodies were also designed for clinical use. Professor Didier Blaise successfully integrated the antibody against CD25 (as a part of the interleukin 2 receptor) in a clinical program against leukemia.  Meanwhile, the antibody against CD4 (a surface molecule found in some T lymphocyte subpopulations) showed great potential in the fight against HIV.

In 1987, Dr. Olive joined what would become later the CRCM (Marseille Cancer Research Center), where he leads today the Immunity and Cancer lab. Over the years, his research led him to explore the signaling pathways ruling the activity of innate and adaptive cells. His team generated antibodies against several receptors and ligands involved in these complex mechanisms, including "checkpoint inhibitors" representing an opportunity to by-pass resistances to anti-CTLA4 and anti-PD1 antibodies. This second wave of immunotherapeutic antibodies is currently developed by ImCheck Therapeutics.

Beyond that, Dr. Olive continues to explore patient immune responses in and around their tumors. He aims to identify new biomarkers to predict the response to these new immunotherapies. Moreover, he serves as Head of the first IBiSA Platform dedicated to Cancer Immunomonitoring Platform and has been a pioneer in the co-signaling field since 1990.