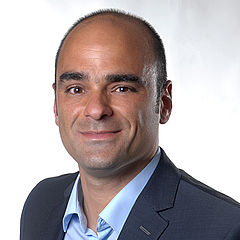 He studied Molecular Biology at the Biozentrum in Basel (Switzerland), holds a PhD in Biochemistry (2009) and has a long track record of working in translational immuno-oncology research, the infectious disease area as well as drug discovery within the pharmaceutical industry.

Philipp spent multiple years of translational immuno-oncology research in an academic environment (studying, amongst others, targeted agents, ADCs, CPIs, cancer vaccines, bispecific T-cell engager, immuno-cytokines, CD40 and CD137 agonists), during which he built and managed an extensive, global collaboration network with academic, biotech and pharma partners as well as published in high ranking scientific journals. He joined Boehringer Ingelheim in 2015 as a research team and project lead within the newly formed department of Cancer Immunology and Immune Modulation in Biberach an der Riss, where he specifically engaged in integration of outside innovation into the BI discovery strategy.