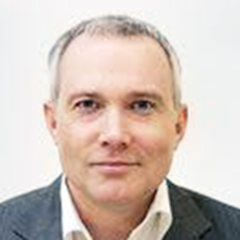 Mr. Christensen brings more than 15 years of experience as a CFO in the life sciences industry from both public and private companies in biopharma, life science tools and diagnostics.

Originally trained as an attorney, Mr. Christensen’s legal career also covered intellectual property rights and mergers and acquisitions.  Mr. Christensen joins ImCheck from Samplix ApS, a start-up life sciences company, where as CFO he contributed to the development and execution of corporate strategy and fund-raising as well as establishing finance, legal and general administrative functions.

Before Samplix ApS, he was CFO of Exiqon A/S, a publicly-traded life science tools and services company acquired by Qiagen N.V. in 2016 after becoming profitable in 2015. At Exiqon, he was instrumental in the company’s IPO onto the NASDAQ Copenhagen exchange, subsequent expansion into the USA through M&A, post-merger integration, organizational changes and corporate development, eventually leading to the acquisition by Qiagen following a public tender offer.

Prior to Exiqon, he performed similar functions as CFO of Pharmexa A/S, a biotechnology company working in the cancer vaccine area. While at Pharmexa, Mr. Christensen made the transition from legal and business development responsibilities to leading the finance department and the company’s expansion into the USA through the acquisition and subsequent integration of a San Diego based subsidiary.  He began his legal career at Bech Bruun, when he was admitted to the Danish High Court, before moving to industry.

Mr. Christensen holds a Master of Law degree from the University of Copenhagen in addition to management training at INSEAD, France and IMD, Switzerland.